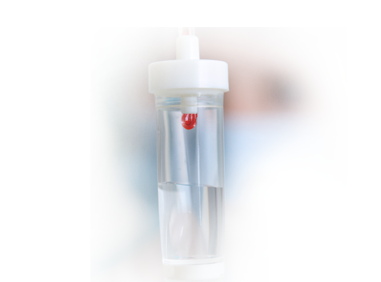 Please contact us or BCT if you want to know more about our research.

The activation of innate immune cells triggers numerous intracellular signaling pathways, which require tight control to mount an adequate immune response. The PI3K signaling pathway is intricately involved in innate immunity, and its activation dampens the expression and release of proinflammatory cytokines in myeloid cells. These signaling processes are strictly regulated by the PI3K antagonist, the lipid phosphatase, PTEN, a known tumor suppressor. Importantly, PTEN is responsible for the elevated production of cytokines such as IL-6 in response to TLR agonists, and deletion of PTEN results in diminished inflammatory responses.

Hepatocellular carcinoma (HCC) is considered as auxotrophic for arginine and BCT-100, a new recombinant human arginase, has been synthesized for arginine deprivation to inhibit arginine-dependent tumor growth. The aim of the present study was to evaluate the effects of BCT-100 on the inhibition of in vitro cell proliferation of HCC cell lines and in vivo tumor growth.

Recombinant human arginase (rhArg) has been developed for arginine deprivation therapy in cancer, and is currently under clinical investigation. During pre-clinical evaluation, rhArg has exhibited significant anti-proliferative activity in cancer cells deficient in the expression of ornithine carbamoyl transferase (OCT). Interestingly, a variety of cancer cells such as melanoma and prostate cancer deficient in argininosuccinate synthetase (ASS) are sensitive to arginine deprivation by arginine deiminase. In this study, we investigated levels of gene expression of OCT and ASS, and the effects of rhArg in human prostate cancer cells: LNCaP (androgen-dependent), PC-3 and DU-145 (both androgen-independent).

Recombinant human arginase inhibits the in vitro and in vivo proliferation of human melanoma by inducing cell cycle arrest and apoptosis, 2011

Melanoma has been shown to require arginine for growth, thus providing a potential Achilles’ heel for therapeutic exploitation. Our investigations show that arginine depletion, using a recombinant form of human arginase I (rhArg), efficiently inhibits the growth of mammalian melanoma cell lines in vitro. These cell lines are consistently deficient in ornithine transcarbamylase (OTC) expression, correlating with their sensitivity to rhArg. Cell cycle distribution of A375 human melanoma cells treated with rhArg showed a remarkable dual-phase cell cycle arrest in S and G2/M phases, in contrast to the G2/M single-phase arrest observed with arginine deiminase (ADI), another arginine-degrading enzyme. rhArg and ADI both induced substantial apoptosis in A375 cells, accompanied by global modulation of cell cycle- and apoptosis-related transcription. Moreover, PEGylated rhArg dramatically inhibited the growth of A375 and B16 melanoma xenografts in vivo. Our results establish for the first time that (PEGylated) rhArg is a promising candidate for effective melanoma treatment, with fewer safety issues than ADI. Insight into the mechanism behind the antiproliferative activity of rhArg could inform us in designing combination therapies for future clinical trials.

We describe a 75-year-old Chinese man who presented with three separate tumors in three different lobes of the lung, without evidence of mediastinal or systemic involvement. All three tumors were surgically resected by minimal invasive approach. Based on a differing epidermal growth factor receptor (EGFR) mutation status, the tumors were characterized as synchronous triple primary rather than intrapulmonary metastases. This report highlights the clinical usefulness of molecular cancer biomarkers to determine prognosis and to guide management decision in multiple lung tumors.

Pegylated derivatives of recombinant human arginase (rhArg1) for sustained in vivo activity in cancer therapy: preparation, characterization and analysis of their pharmacodynamics in vivo and in vitro and action upon hepatocellular carcinoma cell (HCC), 2009

Protein used in medicine, e.g. interferon, are immunogenic and quickly broken down by the body. Pegylation is a recognized way of preserving their integrity and reducing immune reactions, and works well with enzymes used to degrade amino acids, a recent focus of attention in controlling cancer growth. Of the two arginine-degrading enzymes being explored clinically, arginine deiminase is a decidedly foreign mycoplasm-derived enzyme, whereas human arginase 1 is a native liver enzyme. Both have been pegylated, the former with adjuncts of 20 kD, the latter with 5 kD PEG. Pegylation is done by several different methods, not all of which are satisfactory or desirable.

Pegylated recombinant human arginase (rhArg-peg5,000mw) inhibits the in vitro and in vivo proliferation of human hepatocellular carcinoma through arginine depletion, 2007

Hepatocellular carcinoma (HCC) is believed to be auxotrophic for arginine through the lack of expression of argininosuccinate synthetase (ASS). The successful use of the arginine-depleting enzyme arginine deiminase (ADI) to treat ASS-deficient tumors has opened up new possibilities for effective cancer therapy. Nevertheless, many ASS-positive HCC cell lines are found to be resistant to ADI treatment, although most require arginine for proliferation. Thus far, an arginine-depleting enzyme for killing ASS-positive tumors has not been reported.

Multidisciplinary team approach to the management of breast cancer, 2006

Surgery is the most important treatment in achieving a cure for breast cancer. However, combination with drug therapy and radiotherapy can lead to an improved change of survival. The multidisciplinary team approach overcomes the fragmented care to the patient and allows for development of a consensus recommendation from different specialists on the management plan, and in the end a higher standard of care to the patient.

A patient with immunohistochemically confirmed nasal T-cell lymphoma is reported. He developed systemic histiocytosis with marked hemophagocytosis, simulating malignant histiocytosis. The differential diagnosis from the latter is discussed.

Several types of human cancer were auxotrophic for arginine. Absence of enzymatic activities critical for intracellular arginine synthesis, argininosuccinate synthetase (ASS) and ornithine carbamoyl transferase (OCT), was observed in some cancer cell lines. We have recently reported the activity of a recombinant arginase (BCT-100) against hepatoma cells (Cancer Res 2007; 67(1)). To determine the utility of this agent as an antineoplastic agent, we evaluated the cytotoxicity and mechanism of action of BCT-100 against melanoma, prostate, and colon cancer cells.

Hepatocellular carcinoma (HCC) is auxotrophic for the semi-essential amino acid arginine, depletion of which leads to tumor death. In humans, arginine is not an essential amino acid since many adult somatic cells can re-synthesize it from other sources, such as citrulline. Enzymes capable of depleting arginine in vitro include the urea cycle enzyme arginase, which is found in abundance in human liver.

A rational approach to the systemic treatment of cancer involving medium-term depletion of arginine, 2005

Arginine catabolizing enzymes have been applied to cancerous material for over 60 years. The scattered reports in the literature during this period have been reviewed on several previous occasions. This article will be concerned with reports mainly over the last 6 to 7 years on the ability of arginine catabolizing enzymes not only to inhibit proliferation, but to kill tumour cells.

Unusual tumors of the colon, rectum and anus, 1999

Colorectal cancer, with more than 140 000 new cases annually in the United States alone, is the fourth most common malignancy and the second leading cause of cancer death in the United Stated. In one recent population-based study in the US, adenocarcinoma accounted for 97% of all large bowel cancers (Table 34.1), with 3% of large bowel cancers being of histologic varieties other than adenocarcinoma.

Failure to confirm major objective antitumor activity for streptozocin and doxorubicin in the treatment of patients with advanced islet cell carcinoma, 1999

A retrospective analysis of the authors' 6-year experience with the combination of streptozocin plus doxorubicin in patients with islet cell carcinoma failed to confirm the high objective response rate previously reported for this regimen. There remains an urgent need for improved chemotherapeutic alternatives for patients with this disease.

Forty-four previously untreated Chinese adult patients with acute lymphoblastic leukemia (ALL) were treated with vincristine, adriamycin and prednisone with or without L-asparaginase. The clinical features and prognostic factors were similar to those reported in Caucasian series. Overall complete remission (CR) rate was 52%. Duration of first remission and overall median survival were nine and 12 months respectively. The addition of L-asparaginase did not improve CR rate or duration of remission and was associated with clotting dysfunction and other adverse reactions. Factors associated with a higher CR rate include age < 40 years, blast count < 10 times 109/1 and CALLA+phenotype at presentation. Sex, platelet count and FAB morphology did not affect CR rate.

The poor CR rate and short median survival in this study could not be adequately explained by an increase in risk factors and is likely to be due to what is currently regarded as suboptimal chemotherapy.

The peripheral blood lymphocyte counts of 333 patients with a nasopharyngeal carcinoma and 125 control subjects were compared. The mean pretreatment lymphocyte count in the patients was significantly lower than that of the normal controls (P <0.0001). Subgroup analysis of absolute lymphocyte counts in different stages of the disease revealed a stage dependent lymphopenia which became significant when the disease was stage III or over (P < 0.0001). Characterization of peripheral blood lymphocyte subsets in 81 patients and 46 normal control subjects revealed a significant reduction of the absolute Pan T (T11) lymphocytes in the patients (P <0.0001). Both the absolute numbers of T helper (T4) and suppressor cells (T8) were reduced in the patients (P < 0.0001 and < 0.026, respectively). While the percentage of T4 was reduced (P < 0.0001), the percentage of T8 was elevated (P < 0.02), resulting in a reduced T4/T8 ratio (P < 0.0001). The mean absolute and percentage counts of T11, T8 and B did not correlate with different stages of the disease.

Palliative treatment of malignant ascites by intraperitoneal bleomycin after dialytic ultrafiltration with haemofilter, 1987

Dialytic ultrafiltration with haemofilter was performed in 16 patients with malignant ascites refractory to treatment with sodium restriction, diuretic and systemic chemotherapy. A continuous flow of ascitic fluid at a rate of 300–400 ml/min through a haemofilter was maintained by a blood pump. The protein-rich ascitic fluid was re-infused into the peritoneal cavity with sodium and water removed. An average of 5.2 1 of filtrate was removed over a mean interval of 3.5 h. Bleomycin (60 mg) was administered intraperitoneally following the procedure. Complete response was observed in six patients (37.25%) and partial response occurred in four (25%). The remaining patients showed no response. Complications of the dialytic ultrafiltration procedure and toxicity of intraperitoneal administration of bleomycin were minimal. The technique of dialytic ultrafiltration is simple, safe and cost-effective and could be used as an adjuvant therapy for intraperitoneal chemotherapy.

A patient with immunohistochemically confirmed nasal T-cell lymphoma is reported. He developed systemic histiocytosis with marked hemophagocytosis, simulating malignant histiocytosis. The differential diagnosis from the latter is discussed.